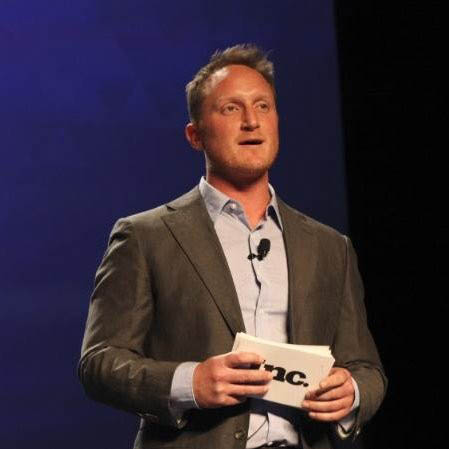 What most people don't know about me is that I began my "professional" life as a whitewater rafting guide in New Zealand, a cattle rancher in the Australian Outback and then survived a boating accident in the Philippines.

I had just graduated university with top marks, great connections and fantastic job opportunities. But after having worked hard for so many years, I felt like I was settling. Truth be told, I was terrified that I had reached the high point in my life.

There had to be more. I needed to experience other cultures and to know what it was like to be truly on my own. So despite my fear and people thinking I was crazy, I took a big, scary leap into the unknown.

Life abroad was wonderful, exciting and filled with stories, but after two years of travel, I again found myself thinking that there must be more. I had to do more than simply experience—I had to actually make something of myself. So with a belly tight with fear and people thinking I was crazy, I took a big, scary leap and moved to New York with no money to be an actor.

Having no idea how I would make it financially, for two weeks I looked for jobs, avoiding scams on Craigslist and finally I got an interview at Inc. Magazine in the World Trade Center. I had ZERO skills. I didn't even know what Ctrl C+Ctrl V meant. But my work abroad made my CV stand out. They offered me the job. Oh, and they let me use some of my tuition reimbursement to take acting classes.

With a 360° view of the city from my office, a manager position with my own team and access to some of the top business owners and personalities in the country, I could have stayed and built a satisfactory career. But there came that itch again. That voice that told there had to be more. That though I had achieved this position, I wasn't contributing. I needed to contribute.

Feeling that fear once more and once more hearing people tell me I was nuts, I took a big, scary leap and moved to Los Angeles to work in films, start a digital marketing business and volunteer as a suicide prevention counselor. (Okay, I didn't think that all at the same time, but that is what came to pass.)

And through those experiences, I've arrived here, talking to you as someone who now focuses on coaching people with a similar spirit—who have already accomplished a lot but who feel there is more they want to do, create, give and experience.

They know who they are and all they're capable of. But they can see who they want to be. Between these two people is a gap that must be crossed. That is where I come in—to help them take that big, scary leap.

If this sounds like you and you want to learn about taking those big leaps with me, check out the link below.

Learn more about working together

One of the most influential figures in my life has been Alan Watts, who said, "The essential principle of business, of occupation in the world, is this: Figure out some way in which you get paid for playing." I've tried to do that all my adult life and it has led me to coaching. I bring this attitude to our sessions—even when pushing my clients hard—and my clients bring it into their lives as well.

Helen Keller wrote that "security is mostly a superstition." There is no juice in being timid. I am here to go big, to soak in every element that life offers—the pleasant and the challenging, to discard the things that aren't useful, to say the things that I feel. And I'm here to help others live their lives to the utmost.

The top of Abraham Maslow's hierarchy of needs is Self-Actualization. This is where one strives to become the absolute most they can be. This is where I live and it's where my clients live. This is where after you've achieved everything you can with all you've been given, you've now come to a place where your efforts are helping others as well. People often quit before they get to this level and sit on their accolades. That's not for me and it's not for my clients. We keep going until the buzzer sounds.

What is life if it's not shared with others? What is a journey if you don't have someone to support you and can't be there to support a fellow traveler? When I played sports as a kid, I always preferred team sports because the joy of victory was shared as was the heartache of defeat. Helping someone else while helping yourself is one of the greatest opportunities in my life. And though I'm the coach to my clients, my life is always enriched by our discussion and work.

Receive my most powerful lessons.

Add your details below for my newsletter.

There was an error and you were not signed up. Please double check that the form is filled out correctly and try to send it again.

You have been signed up.